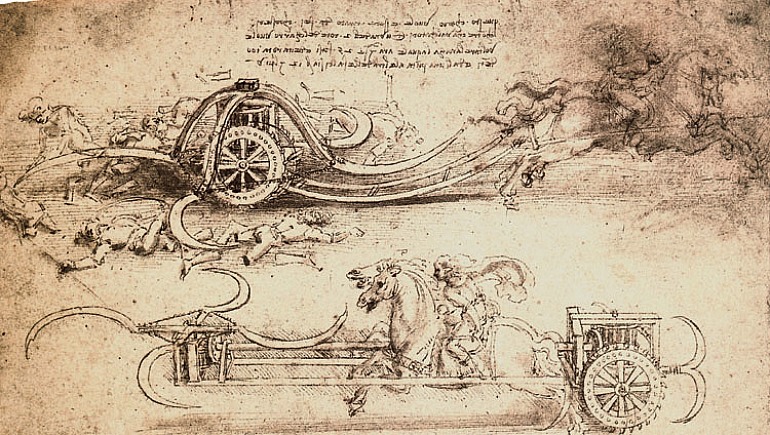 This extraordinary exhibition includes a staggering 52 drawings by Leonardo Da Vinci which will be on show from 29 August 2013 at the Gallerie dell'Accademia in Venice.
Thanks to the exhibition LEONARDO DA VINCI. THE UNIVERSAL MAN, the first of its kind for thirty years, the last was back in 1980, the public at the Gallerie dell'Accademia in Venice will have the chance to admire an entire collection of exceptionally rare works by the Master which have been preserved in the Cabinet of Drawings at the Gallerie dell'Accademia since 1822, consisting of 25 graphic works which are not usually shown to the public. These will be exhibited alongside another 27 prestigious works on loan from Italian museums such as the Royal Library of Turin, the Uffizi in Florence and the National Gallery of Parma, as well as from important European collections: the Royal Collection Trust Windsor Castle, the British Museum in London, the Louvre and the Ashmolean Museum in Oxford.

This is a unique opportunity not to be missed. The drawings must remain stored in special air-conditioned cellars for a long time before and after exposure to the public. This is a rule that must be adhered to in order to preserve such precious and fragile masterpieces.
The works on display include the Vitruvian Man, Dancing Women, the Portrait of a Woman in Profile in Windsor, Sketches for The Battle of Anghiari, Studies on Weaponry and preparatory sketches for great masterpieces like the Last Supper, the Nativity and Christ Carrying the Cross.