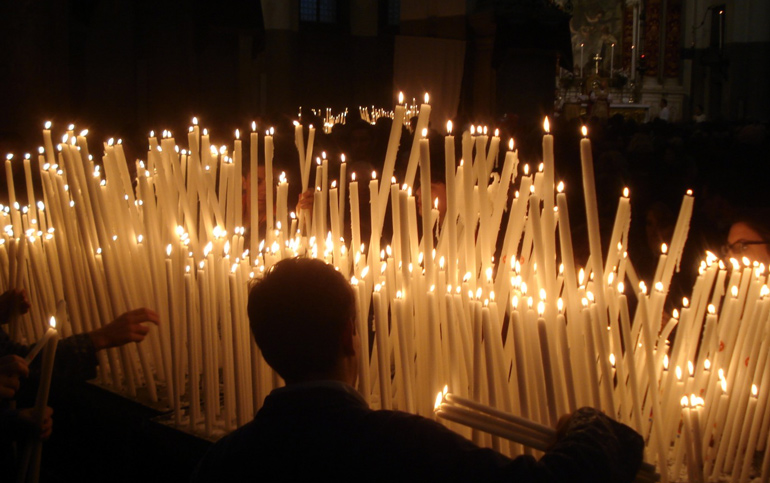 The Feast of Madonna della Salute is, with no doubt, the one in Venice with the less tourist impact, recalling a real popular religious feeling.

Also such festivity, like that of Redentore, reminds us of another terrible plague occurred during the two-year period 1630-1631, and the succeeding vow made by the Doge in order to get the intercession of the Virgin.

Still nowadays on 21st November thousands of citizens march before the high altar of the majestic Salute Church in order to perpetuate the age-old bond of gratitude existing between the town and the Virgin Maria. Those who have the opportunity to be in Venice during the Feast of Madonna della Salute can breathe an atmosphere of genuine and heartfelt popular participation, as well as not pharisaic religiosity, but deeply related to the history and traditions of the town. Every year, for this feast, a temporary bridge on boats is built: it crosses the Canal Grande and links the areas of St. Moisè and St. Maria del Giglio (sestiere of St. Marco) to the Basilica of Longhena (sestiere of Dorsoduro), in order to allow the passage of the procession. Tens of thousands of people go on a pilgrimage to pay homage to the Madonna and to light a church candle in order to make Her intercede for their good health. The ceaseless queue of people which on 21st November march on the votive bridge made of boats, towards the imposing Salute Church, testifies the still living and strong bond existing between the town and the Madonna.