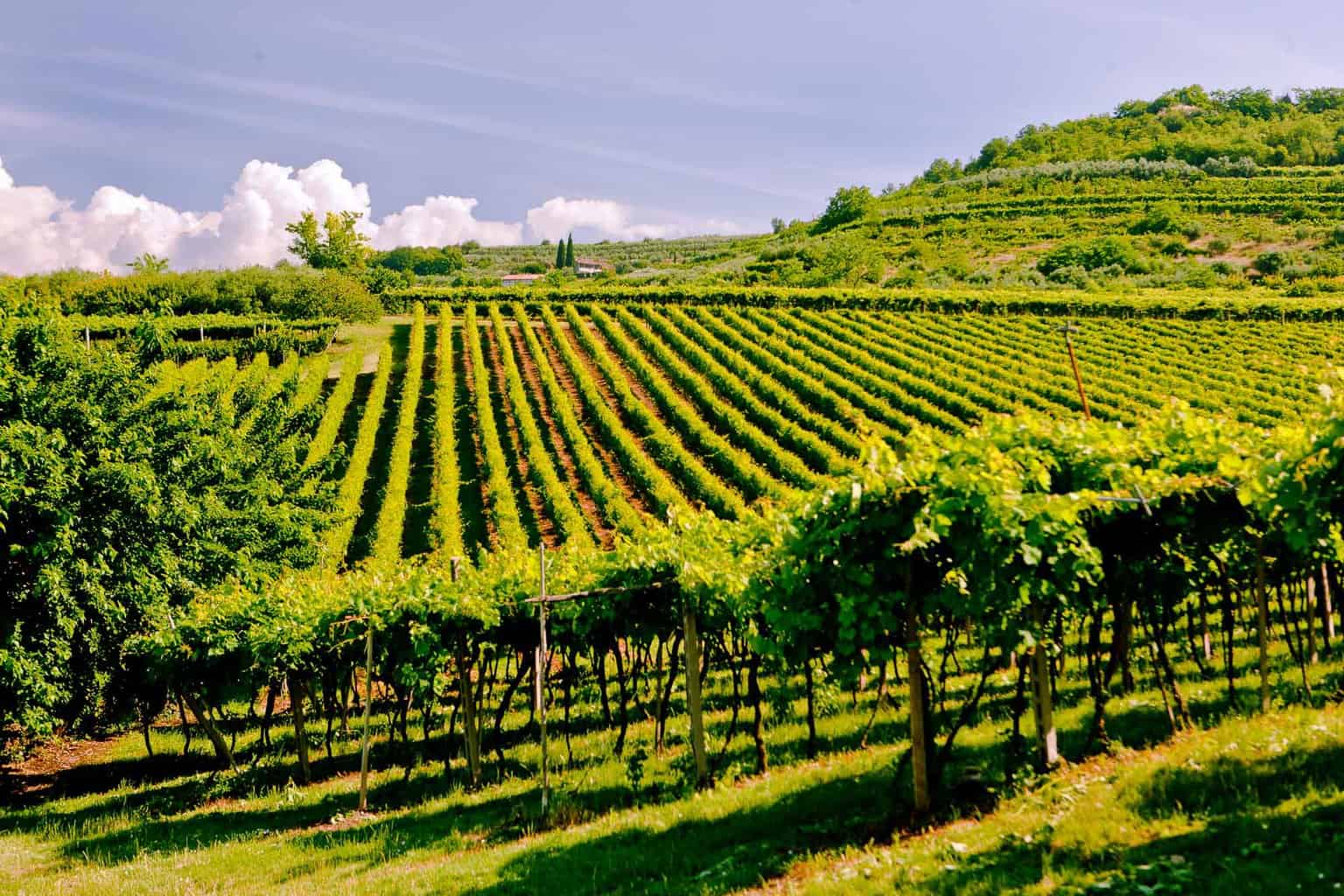 The land where Valpolicella wine is produced has always been considered bountiful for its presence of streams, that have made agriculture economically viable and ideal for human settlements. Its valleys are full of history and show evident signs of human presence right back to the Palaeolithic period. The oldest findings occurred mostly in grottoes, caves and rock shelters. Despite the complexity of the area, its cultural and historical identity came together at the time of the Roman conquest, traces of which have been found in digs of some villas.

In the medieval era, the territory gained its own autonomy. Federico della Scala, Count of Valpolicella, in 1313, was able to establish precise borders between the different valleys of which he was feudal lord, and the outer lying areas of Verona, by convincing Della Scala to underwrite a business agreement, that was also a defence agreement. Between the 15th and 18th centuries, many aristocratic villas were built on the hills of Valpolicella, characterized by “porch” and “loggia” structures.

Modern times have witnessed the movement of people away from the countryside and mountainous regions, which happened even more so after World War II, and as a result, the landscape has changed and traditional buildings of the past have been abandoned, especially the rural villas with courtyards. Urbanization has also changed the countryside of the valleys and only certain isolated places have retained their old vestiges. Even with the modernization of the agricultural landscape, there are still signs of more traditional agriculture: the terraced lands with their dry stone walls, the so-called “marogne”, and scattered here and there are the trees that once lined the rows of vineyards, in testimony to the fact that they were used to hold up the vines. Along the roads stone tanks can been seen, in which verdigris was prepared, and huts, once again in stone, that serve as tool sheds, along with a scattering of hunting lodges and protruding stairsfor access to the steeper terraces.

ORIGIN OF THE NAME
The origin of the name Valpolicella is controversial.
In a decree of 1117 from the Emperor Federico Barbarossa, we have the first mention of the name Val Polesala, a term whose etymology is still under debate. It may derive from the Greek term “polyzèlos”, meaning “very blessed” (hence, “very blessed valley”) or from the Latin “pulcella”, which would explain the dominating presence of a young girl in the emblem of the town of San Pietro in Cariano.

Perhaps the best explanation is the one that pays tribute to the wine-growing tradition in the valley, that is, “Val-polis-cellae” or “valley of the many cellars”.

But wanting to talk about places to visit, remaining in the Valpolicella areas, we can give you some examples that will leave you speechless as much as the wonderful vineyards typical of the area: San Pietro in Cariano for art and culture of Venetian villas; Negrar di Valpolicella for the villas and Amarone; Dolcè for the Austrian forts; Fanè for some typical characteristics of the most mountainous area and the astronomical observatory and many others.

The activities to do are just as beautiful, interesting and varied: weekend in winery for wine lovers; the sweets of Valpolicella for those with a good palate; valpolicella and valdadige by bike for those who do not want to give up the “movement” even on holiday.