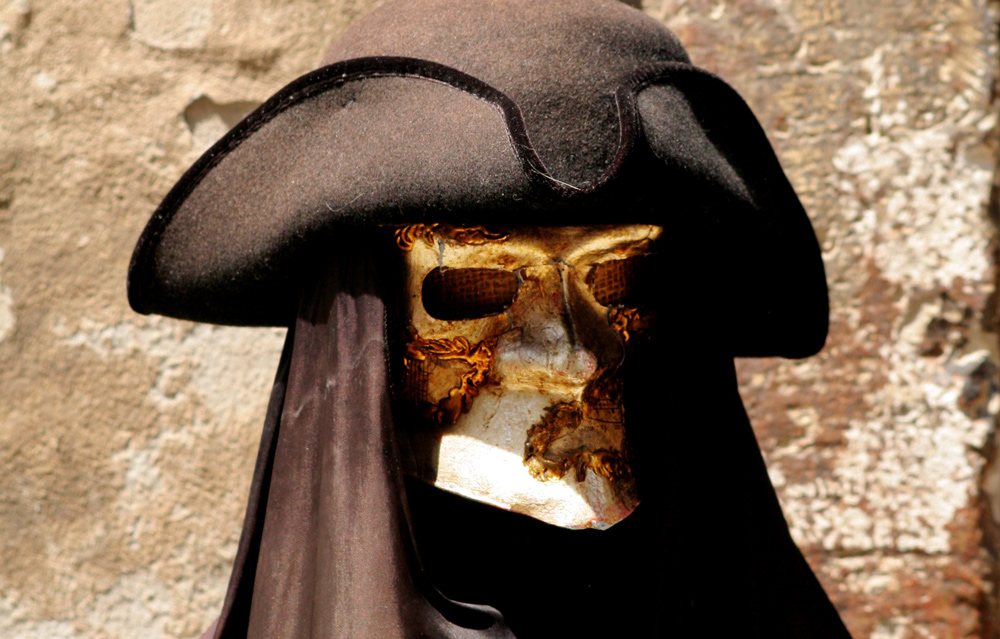 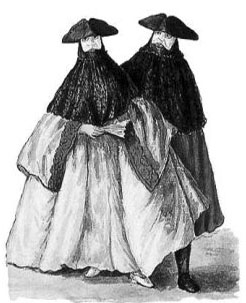 Venetian people used to wear fancy-dresses not only during the Carnival period but also on many other occasions during the year. Of course the reason which made them dress up and conceal their faces in other periods of the year and in particular places was the most obvious one: they did not want to be recognized. And that is why they used to dress up when they take part to the Game of Chance at the Ridotto, as they did not want to be recognized by their creditors who, otherwise, would give them no respite. Women used to dress up not only in order not to be recognized but also for show. When they went to the Inn Selvadego they wore a velvetmask as to enhance the brilliant white of their faces.

The mask makers used to see to the creation of masks; their workshops were everywhere, so that their craft was joined to the Association of painters and these craftsmen availed themselves of a list of rules too (called Mariegola) during the first half of 1500.

Still nowadays you can buy wonderful handmade masks, you will have just to look for the small workshops spread around the town. 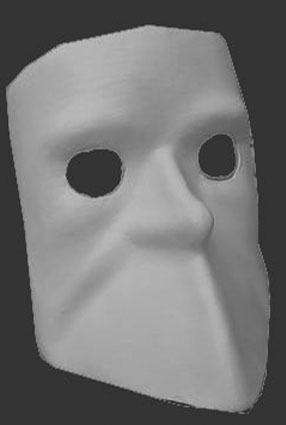 The bauta was used both by men and women on different occasions: it was even obligatory for the married women who went to the theatre while it was forbidden to the young girls aged for wedding.

It was made of a black veil which could also be white or deep blue and even scarlet for a festivity, that was called ‘tabarro’ or ‘ small cloak’, starting from the neck and covering the shoulders too, with a black three-cornered hat and a white mask having an enlarged and protruding upper lip under a protruding nose which could change the timbre of the voice, thus making those who wear it unrecognisable. Such white mask was called larva, perhaps deriving from the same Latin word whose meaning is just mask or shadow/ghost and one could drink and eat without taking it off, thus maintaining one’s anonymity. Besides all this, people used to wear a long black cloak which covered half of the body of the person. During the Carnival the Venetians used to grant themselves any transgression and the bauta was used to keep their anonymity and to let them enjoy any amusement. Priests and nuns too were said to use it in order to conceal their love affairs. 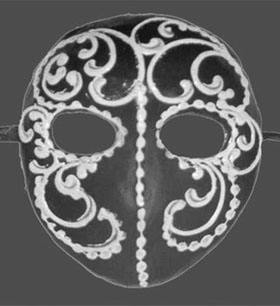 The moreta is an oval mask made of black velvet which was used by women. Its creation took place in France, where the ladies used to use it when they went and visit the nuns, but soon it rapidly spread in Venice, as, in particular, it made the female features more attractive. This mask was completed with veils and small hats with large brims. As at first it was worn by keeping it in one’s mouth thanks to a small support, it was a dumb mask and so particularly appreciated by men.

The gnaga was a kind of very plain disguise: people used to dress up as women, by copying their timbre of voice and attitudes too, wearing a small mask covering just the eyes and the nose, in order to soothe features. Very often it was used by the young who wanted to conceal their homosexuality: they went about the squares, the inns and took part to parties, dressed up as gnaga and putting on very dissolute attitudes and deportments. 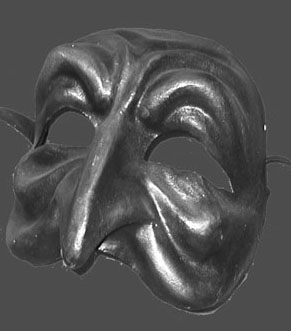 It is surely the most known Venetian mask as well as the most used by the Venetians during the Carnival. Since its first appearance in the Art Comedy, Pantalone, the first old man, always used to speak by means of the pure Venetian language. His name derives from St. Pantaleone, namely one of the most venerated saints in the town, or from the word ‘Piantaleoni’ or ‘Plant lions’: that was the name of the merchants who went and plant or set St. Mark Lion, with the extremely important task of establishing new trades in the countries conquered by the Republic.

Pantalone is an old, often rich and esteemed merchant, or a ruined old merchant, but in both cases, being a man of great vitality on business, without scruple he does his best to arrange profitable marriages for his children though often to the disadvantage of their happiness. The fancy-dress is made of a woollen Grecian beret, a red jacket, panty-hose or short white trousers from which, tied to the belt, a sword or a bag are hanging. On the shoulders there is a black cloak with a red lining and the shoes are black Turkish slippers. On the face there is the typical mask with a hooked nose, marked eyebrows and a queer sharp short beard which is often caressed.