In the Roman times the term Venice stood for the North-Eastern region of Italy, but following the collapse of the Roman Empire and particularly the arrival of the Longobards (568), it started to indicate a part of the small settlements that were created on the islands of the lagoon between the Adige and the Piave rivers. Their economy was based on the trade activities between the Near-East countries and Northern Europe (Germany and Flanders).

They established a federation legally dependent on Byzantium but their relations became increasingly looser as the latter’s decay proceeded, and they acquired complete independence towards the end of the 9th century. Hence, ever since the beginning of the 9th century, the domination of Eraclea and Malamocco were followed by that of Rivo alto (Rialto, today’s Venice). This event coincided with the failure of the Franks’ attempt to conquer the islands. After driving back the Arab invasions and eliminating in the year 1000 the Croat piracy in the Adriatic sea, the political expansion to Istria and Dalmatia started, under the leadership of a class of shipowners and merchants who had managed to prevent some of the major families (Partecipazio, Candiano, Orseolo) from introducing the hereditary power system.

In order to prevent the closure of the Otranto canal (the gateway to the East) and of the passes on theAlps that were so vital to trade with northern countries, Venice had to fight the Normans, Suevians and Angevins who were trying to settle along the Albanian and Epirot coasts, and at the same time it joined the Lombard League to prevent the Emperor from acquiring an excessive power. THE REPUBLIC OF VENICE

The Fourth Crusade (1202 – 1204) enabled Venice to found a vast colonial empire in the Balkan peninsula and the Aegean Sea, which withstood the restoration of the Byzantine Empire (1261) but exacerbated the rivalry with Genoa. This originated numerous naval battles with alternating victories on both parts.

At the beginning of the 14th century, a period marked by the setting up of signories, some attempts were made (Baiamonte Tiepolo, 1310; Marin Faliero, 1355) to turn into a signory the oligarchic government of Venice too (since 1297 it had been restricted to a limited number of families) thanks to the support of the populace (sailors, fishermen), but they failed. In the meantime Venice started to expand to the hinterland (in particular after the serious threat faced in 1378 during the war for Chioggia, when the lagoon was besieged both by sea and land by Hungary, Padua and Genoa which had joined in a coalition). As the context was favourable, within few years Venice conquered the whole Veneto region, Friuli, Brescia and Bergamo starting a long series of wars against Milan and later on against Florence and Ferrara too.

The gains in Puglia (1495) and Romagna (1503) and the ill-advised idea to help the French conquer Milan in order to acquire the Cremona area (1499) proved fatal to Venice: it was attacked by allEuropean powers, set up against it by the pope Julius II (League of Cambrai) and defeated by the French at Agnadello (1509), which definitely stopped its expansion in Italy. Meanwhile, despite its strong resistance, it lost its dominions in the East under the Turkish attacks, and the discovery of America diverted trade (to which it owed its prosperity) from the Mediterranean to the Atlantic. 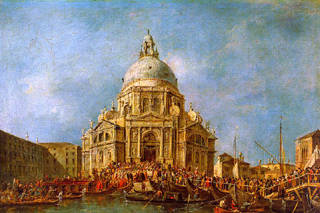 The Habsburg, eager to unify the Tyrol and Milan, soon became Venice’s new mortal enemy, but they only managed to achieve their objective when Napoleon, through the Campoformio Treaty (1797), ceded the old republic to Austria in exchange for the Duchy of Milan. 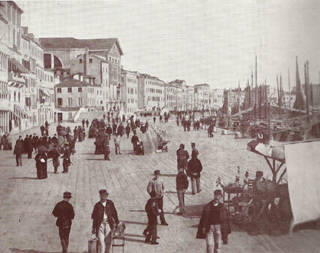 In 1805 it was annexed to the Neapolitan Kingdom of Italy, in 1813 it was returned to Austria and, following the Vienna Treaty, it became the capital of the supposed Lombard-Venetian Kingdom together with Milan.

In 1848 it rose against the Austrians and was proclaimed Republic by Daniele Manin. On the eve of the Armistice of Salasco it joined the Savoy monarchy. After the restoration of the republic it fought the Austrians till August 1849, which marked the end of a long and memorable seige.

At last the third war of independence (1866) marked its annexation to Italy.