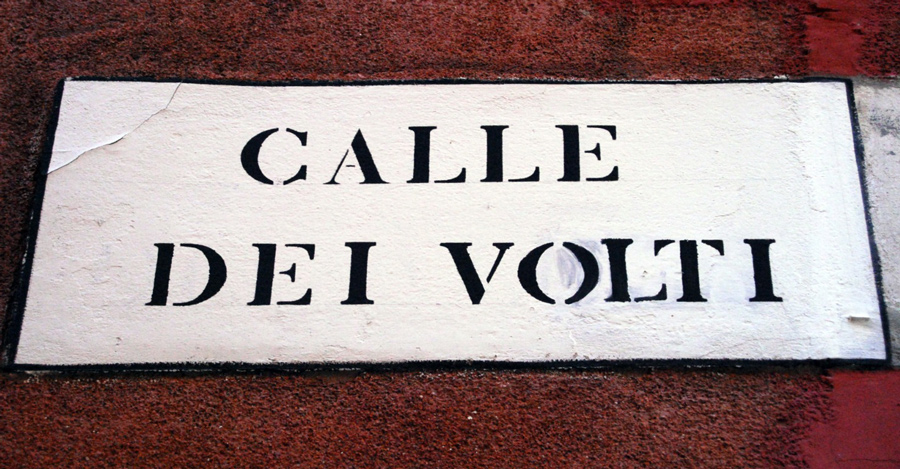 The toponymy of Venice is one of the most characteristic thing of the city. They are written in Venetian dialect and their translation is very characteristic: a narrow street can be devoted to an ancient craft, a really happened event, a legend, a workshop. All kinds of folk titles appear on the nizioleti: Sotoportego and Calle del Casin dei nobili (Brothel of nobles narrow street), Campiello dei meloni (Campiello of melons), Fondamenta delle tette (Fondamentea of Tits), Ponte de le maravege (Bridge of wonders), Ponte dei pugni (Bridge of fists), Fondamenta dei assassini (murderers), Calle de l’orso (Bear narrow street) are some of the queerest and most amusing titles and we could go on for ever.

The numbering of houses is something impossible to understand even for postmen. Actually every sestiere or district (the six quarters of Venice are called sestieri) has got a certain quantity of house numbers (for an amount of even more than 5000 numbers for larger quarters) but they are arranged in a rather open order, so it may happen you come out of a narrow street where the last house number is 3671 but you cannot find number 3672 nearby. For such reason in Venice people can understand one another only by mentioning a specific narrow street, a bridge or the neighbouring hotel or shop.

Nevertheless pay attention if you have to ask for some information to get the way to a narrow street or a campo as the coincidence of names in Venice is very common. An example? Of Calle del forno (Bakery narrow street), which designated the presence of a baker’s in a specified narrow street, actually a furnace, we can find more than thirty.