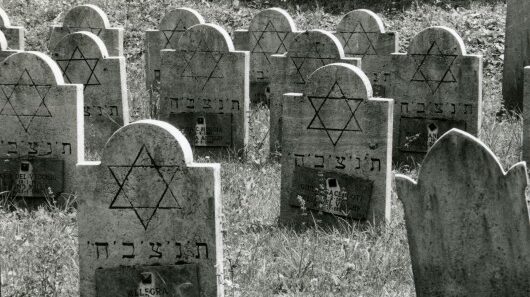 Asolo There is no precise information about when a small Jewish community was established in the city, but it is probable that this happened at the end of the fifteenth century, when Asolo became the seat of the court of the Queen of Cyprus, Caterina Cornaro. In 1509 other Jews arrived from Treviso, after the expulsion wanted by the doge Leonardo Loredan. In 1547 37 Jews lived in the city, belonging to 7 families; but just this year, on the night of November 22nd, a group of troublemakers from around the neighborhood broke into their neighborhood killing ten people – including women and children – and wounding eight others. The massacre was added to the carnage that put an end to the stable Jewish presence in this territory. From the records of the trial we know that, to the south of Piazza del Pavion and crossed by the short alley of Belvedere, there was a cluster of houses, called “the ghetto”, although those of the Christians were also interposed to the homes of the Jews. The Israelites lived in six buildings, some of which were multi-storey; at the last of the house of Marco Koen there was a room used as a synagogue and in the city there were four pawnshops that continued to function even after the establishment of the nearby pawnshop. Their cemetery was located at the walls of the Colmarion: two funerary tombstones of the Gentili family (Hefeà in Hebrew), one of Gershon Kohen, son of Rabbi Mose Hefeà, bearing the date 1528 (more Iudaic 5288) and the other of his wife Hannah, bearing the date 1513 (more iudaic 5273). Treviso The Jewish presence can be documented in the city since the tenth century, but there are documents that attest to the loan activity only from 1294. The Jews were driven from the city in 1509, after their houses had been looted during a popular uproar. Until 1861 the expulsion decree was still legible on the Piazza dei Signori. A small group returned after the Asolo massacre, but after the mid-16th century there was no news of Jews in the city. The Jewish community had settled in the area of ​​the Dark Portico where there was also the Synagogue (at n. 11 of the street), near via S. Vito (where you can still see the signs of the hinges of a heavy gate) and in via Palestro, while the benches were near the Torre del Cambio in Calmaggiore. Their cemetery was in Borgo Cavour; in 1880 during excavation works along the tower of the walls of San Teonisto, 27 gravestones were discovered – of which only four are entirely legible – which are now located in the garden of Ca ’De Noal. Giavera del Montello In this country, known to most people for having been the scene of the last year of the Great War, three ancient Jewish tombstones were found, the only trace of the presence of this community of which, however, there is no other news. Portobuffolè A small group of Jewish exiles from Cologne settled in Portobuffolè around 1430 and practiced lending at a rate of around 12%. They settled near Porta Friuli, near the Loggia del Fondaco where all trade took place at the time. The current Duomo was probably built on the remains of their synagogue. In March 1480, during the Passover, the Jewish community was accused of the murder for ritual purposes of a small Christian beggar, Sebastiano Novello. Although the Serenissima had initially published a Ducale to defend the Jews, some confessed to murder under torture. At the end of the criminal proceedings – during which they were again tortured – some were imprisoned and then banished from the territory, others were burned alive between the columns of Piazza San Marco. The Senate also ordered the expulsion, confiscation of all their property and established the Monte di Pietà in the city. Conegliano Vittorio Veneto Vittorio Veneto was born in 1866 by the will of King Vittorio Emanuele II who decided to unite two countries of ancient origins: Ceneda and Serravalle. Both prosperous cities hosted Jewish communities of which important traces can still be found. Ceneda. The center of Ceneda boasts ancient origins. Many valuable monuments bear witness to its past. From 1597 he lived in Ceneda a small Jewish community that became prosperous during the 18th century and was also the birthplace of Lorenzo da Ponte, who later became Mozart’s librettist. The Ghetto and the Jewish cemetery are still of particular historical interest. The Ghetto was located at the junction of three arterial roads: via Daniele Manin (first called via Salsa), via Lorenzo Da Ponte (formerly via Calcada or Calcalda) and via Beniamino Labbi (known as la Bella Venezia). In the small village, consisting of dwellings, a synagogue and a cereal warehouse of which important traces remain, the Jews developed their commercial activities including the first loan desk run by Missier Israel Ebre, a native of Conegliano. Precisely this financial practice contributed to giving new life to the local economy, but hostilities were not lacking towards a population that, precisely because of its resourcefulness in business, was very often perceived as a threat. The Jewish cemetery in Cal di Prade came into operation in 1857, because previously the burials were carried out in that of Conegliano. Still in use, although Vittorio is no longer a Jewish community, it is surrounded by walls along which the tombstones of about thirty families are arranged. Serravalle: it was one of the most important centers of the Serenissima in the mainland, which owed its wealth to its favorable position for trade and the production of high quality products, such as weapons and fabrics. In 1420 the Council allowed a group of Jews to stay in the city and lend money, but the foundation of the Monte di Pietà in 1542 prompted many of them to leave the country. Today the only traces of their passage can be traced in what was the area of ​​the ghetto (via Piai).