Bakarò - Osteria & Co., in Campo Santa Margherita in Venice, is a restaurant that offers the best typical dishes of the Venetian tradition. The restaurant was founded in 2017 where the old Carlon bakery once stood, with the aim of enhancing and making known the culinary heritage of the lagoon city. The typical dishes offered by the Bakarò are prepared according to the recipes of the past, but elaborated, revisited and served in a new, modern way, while maintaining the traditional essence of the dish itself. The Venetian tradition is enhanced in the menu as much as in the atmosphere: the restaurant retains the antique furnishings and the old, authentic and unique setting of the Carlon Bakery, a centuries-old building of the Venetian city tradition. On the walls of today's Bakarò you can also see the marks left by the bakery's oven, where bread was once made.

Bakarò is the perfect place for those who want to enjoy a traditional lunch or dinner, but it is also ideal for those looking for a quality alternative to more classic dishes. In the young and dynamic context of Campo Santa Margherita in Venice, Bakarò offers high quality artisanal burgers and, in the evening, it becomes a cocktail bar with refined drinks, in an always updated menu that follows the seasonality of the ingredients. Born in an ancient context, in the heart of Venice, where you can breathe the most authentic tradition, today Bakarò is a safe haven for the inhabitants of the city and a new alternative for those looking for a different experience. If you are looking for a restaurant where you can eat well in Venice, you cannot miss the Bakarò and its inimitable traditional cuisine. 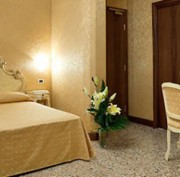 “Your home in Venice” After ten years of experience in tourism, my family and I decided to open this small hotel ...
Distance: 183 m 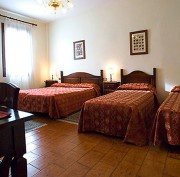 Hotel Tivoli enjoys of an excellent position in the historical center of Venice, in Crosera San Pantalon next to the b...
Distance: 227 m 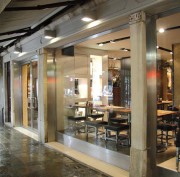 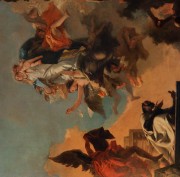 The Scuola Grande dei Carmini was built around 1669, probably by Baldassarre Longhena. The halls inside are all decorate...
Distance: 176 m 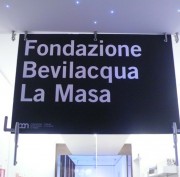 The activities of the Bevilacqua La Masa Foundation are mainly focused on the promotion of contemporary art, with the cr...
Distance: 223 m