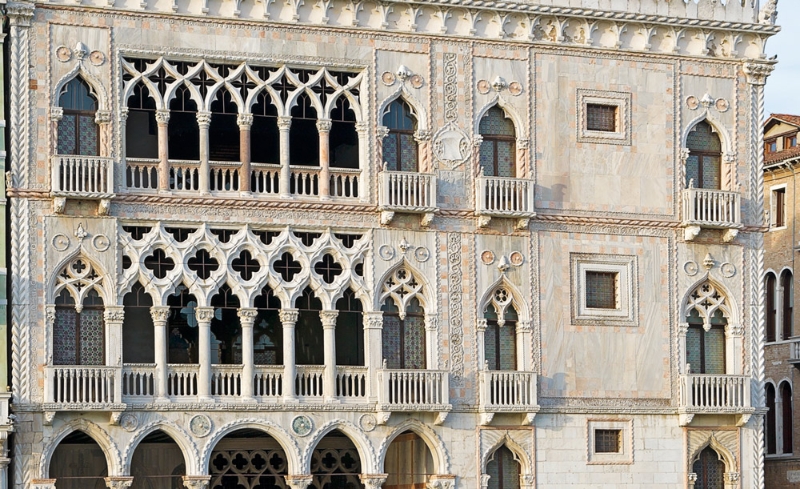 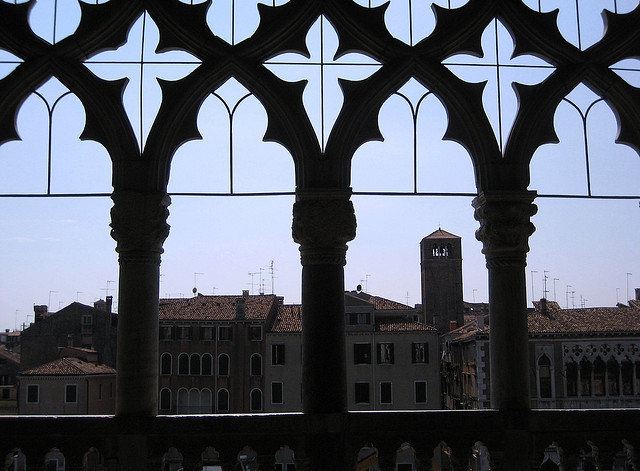 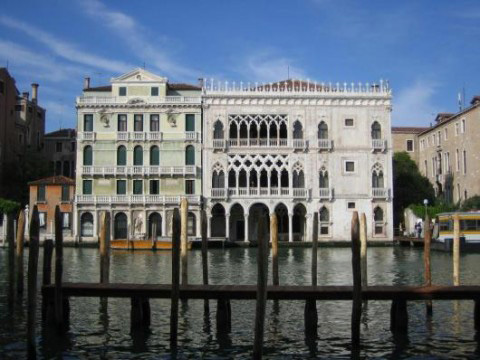 Ca d'Oro ( Galleria Franchetti)  owes its name to the precious decorations in gold-leaf that used to cover the façade. It is a notable example of Venetian Gothic architecture and one of the most spectacular palaces on the Grand Canal. HISTORY: Ca d'oro was commissioned in 1420 by the prosecutor Marino Contarini and was completed in 1440. After his death it was divided among his heirs. Since then Ca’ D’ Oro passed from one owner to the other undergoing internal transformations that determined a state of decay until, at the beginning of the 19th century, it fell in a state of semineglect and was subject to deturpation and robberies. In 1895 Baron Franchetti, a musician and collector from Turin, bought it and started to renovate it to accommodate his collections of paintings, sculptures and coins. In 1916 it gave the building and all its contents to the State. For this reason today it can be visited, as it hosts GALLERIA FRANCHETTI On top of the Franchetti collection (which includes paintings, especially from Tuscany and Central Italy) it hosts important pieces of art from the Veneto region, including the beautiful St. Sebastian by Mantegna, Venus with a Mirror by Titian, some Views of Venice by Guardi, sketches by Gian Lorenzo Bernini and frescoes by Pordenone. It also hosts sculptures from some churches suppressed after the fall of the Republic, bronzes and medals from an ancient collection from Padua that had become property of the Republic, paintings and frescoes belonging to the State, and a collection of Flemish paintings including The Crucifixion by H. Van Eyck. A more recent acquisition includes several thousands of ceramics from the lagoon area dating from the 12th century, partly purchased and partly offered by casual finders. Experts and scholars can also study the numismatic collection and the collection of medals (which are not exhibited). Admittedly, the Gallery does not contain the best works of art (the real masterpieces of the aforementioned artists are in other areas of the city), but it is worth visiting if only to observe the structure of the palaces on the Grand Canal, from the ground floor (that was used as a storehouse) to the higher floors where the owner lived with his family and carried out his business.