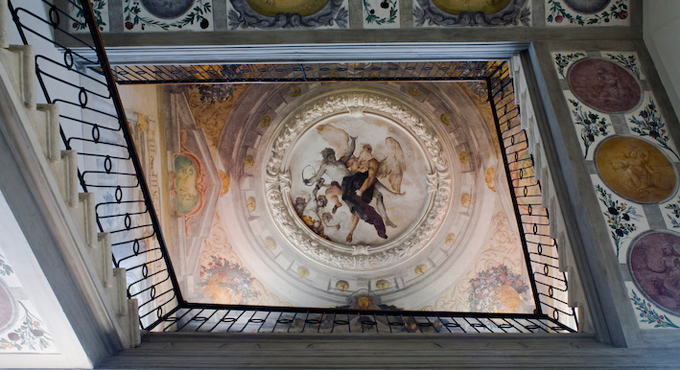 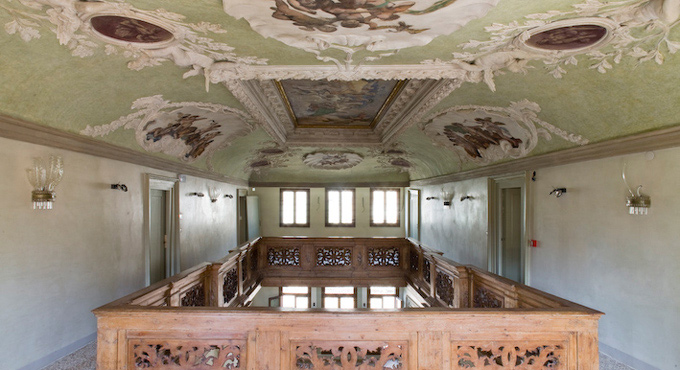 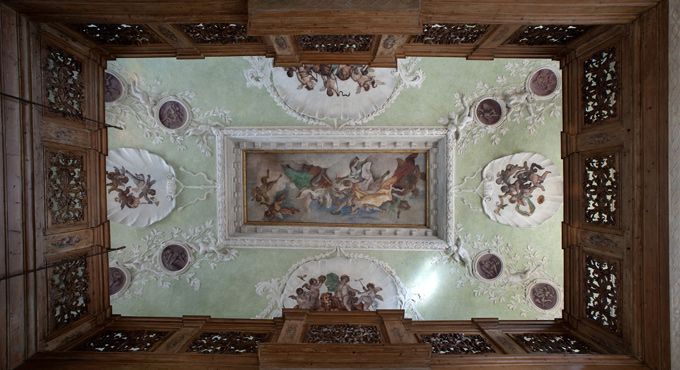 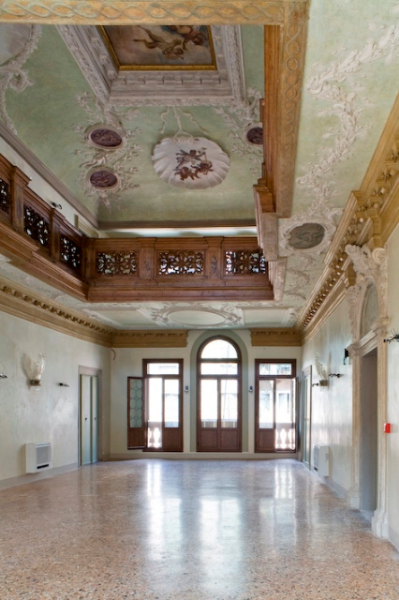 The Palazzetto Bru Zane is a wonderful building, located just a few steps from the spectacular Basilica dei Frari, and from 2009 it houses the Cultural Foundation "Palazzetto Bru Zane - Centre de musique romantique française", who oversaw the recent restoration in 2007. The building was constructed in the vicinity of the existing Palazzo Zane and of the Zane's Casino, at that time separated by a lush French style garden. The construction of the Palace was committed to the studio of the famous architect Baldassarre Longhena, although to realize and develop the project was initially Antonio Gaspari and, after his death, Domenico Rossi. For the interior decoration of the building, the work was entrusted to a famous Swiss plasterer, Alberto Stazio, and the famous Italian sculptor Andrea Brustolon, who is credited with the engraving of the balustrade overlooking the ballroom. The splendid frescoes instead should be attributed to the hand of Sebastiano Ricci. The safeguard of this Palace is temporarily entrusted to the Ministry of Cultural Heritage; the last renovation in which it was involved dates back to the year 2007 and has been fully funded by Foundation Bru, which currently uses the interiors of the Palace to offer an intensive program of concerts aiming to the rediscover the French music of '800. It also deals with editorial research, programming and distribution of concerts in Italy and Europe and provides support to recordings by new artists.

Reservation required only for groups of at least 10 people.

Groups wishing to visit the Palazzetto Bru Zane can book (except Thursdays) a one-hour guided tour at a cost of 60 euros + VAT.

For groups that purchase tickets for the Palazzetto Bru Zane concerts, it is possible, upon reservation, to arrange a free guided tour before the start of the show.

Guided visits to the Palazzetto Bru Zane will be suspended in August, on the occasion of the Festival della Madonna della Salute (November 21) and during the Christmas period (December 26 and January 2).

The Palazzetto Bru Zane organizes free guided tours every Thursday afternoon (at least 10 people must be booked) at the following times: