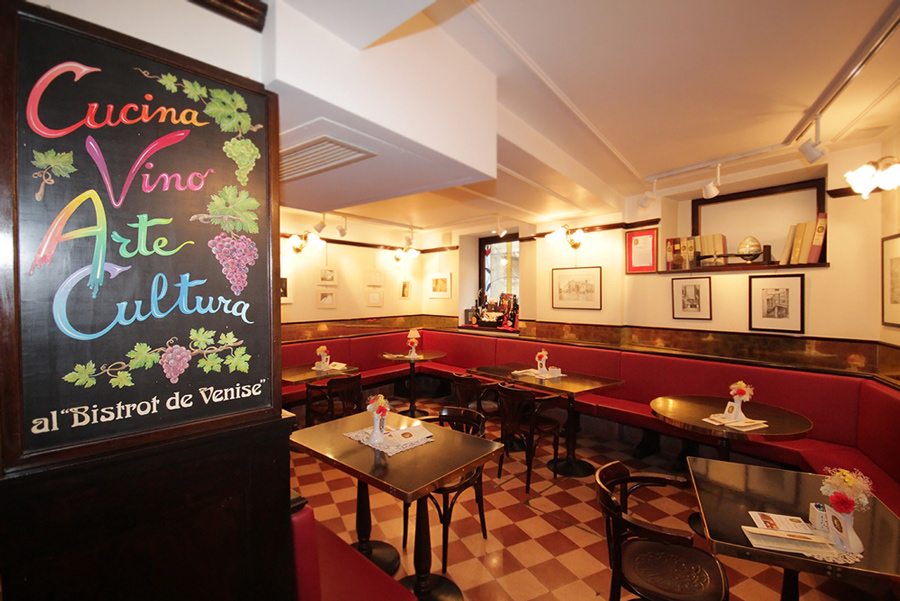 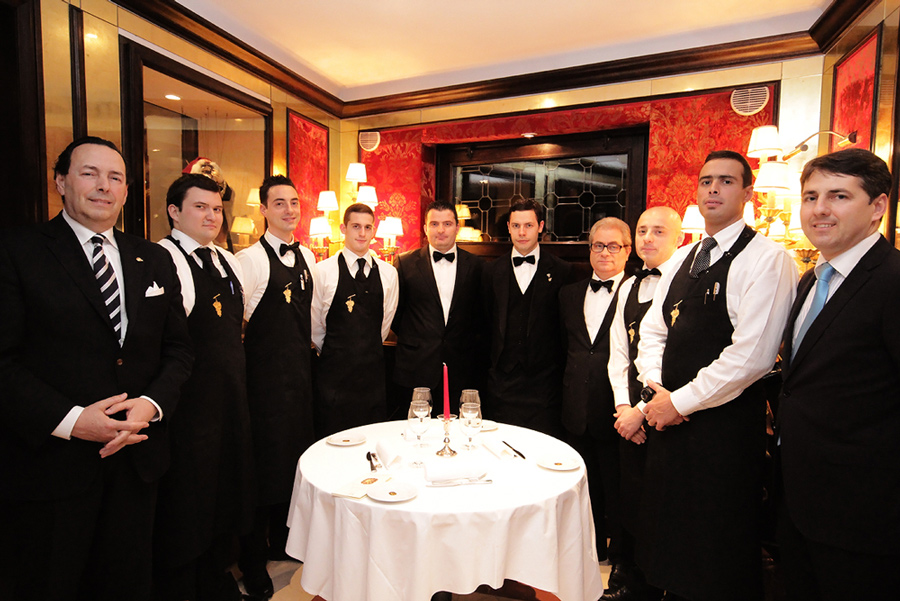 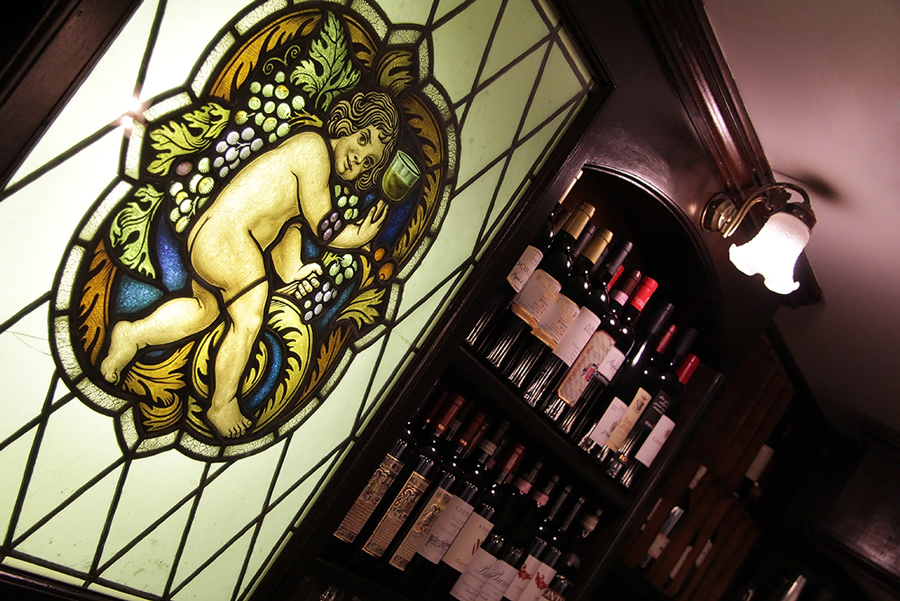 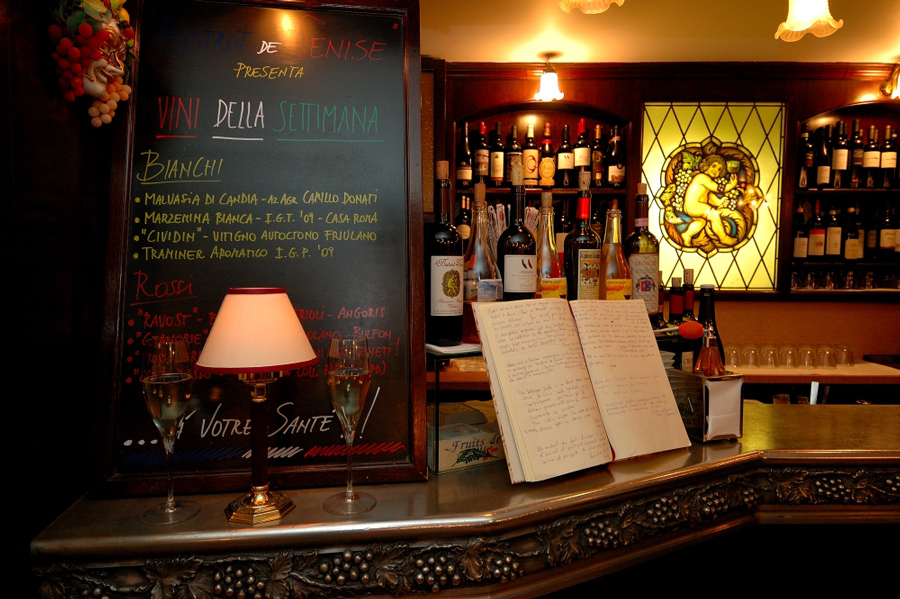 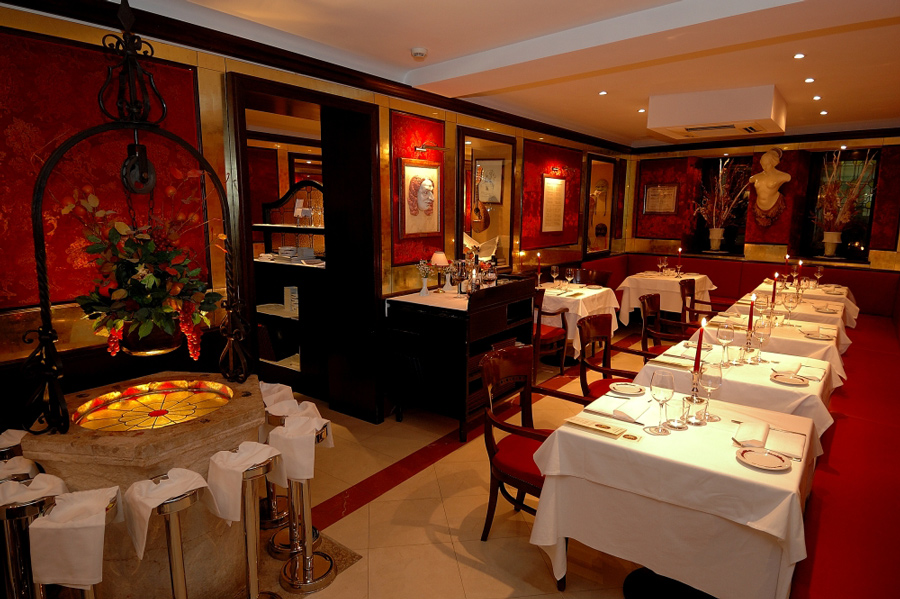 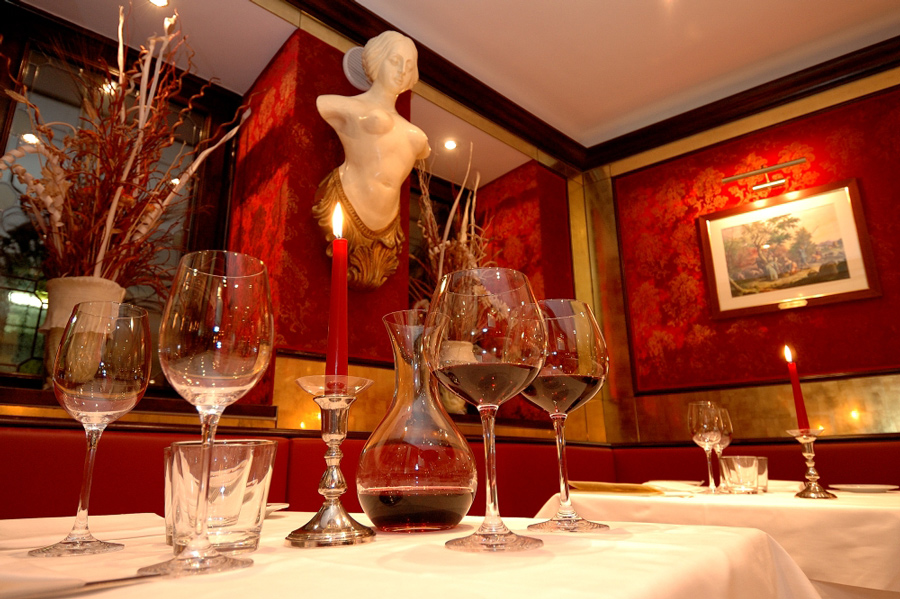 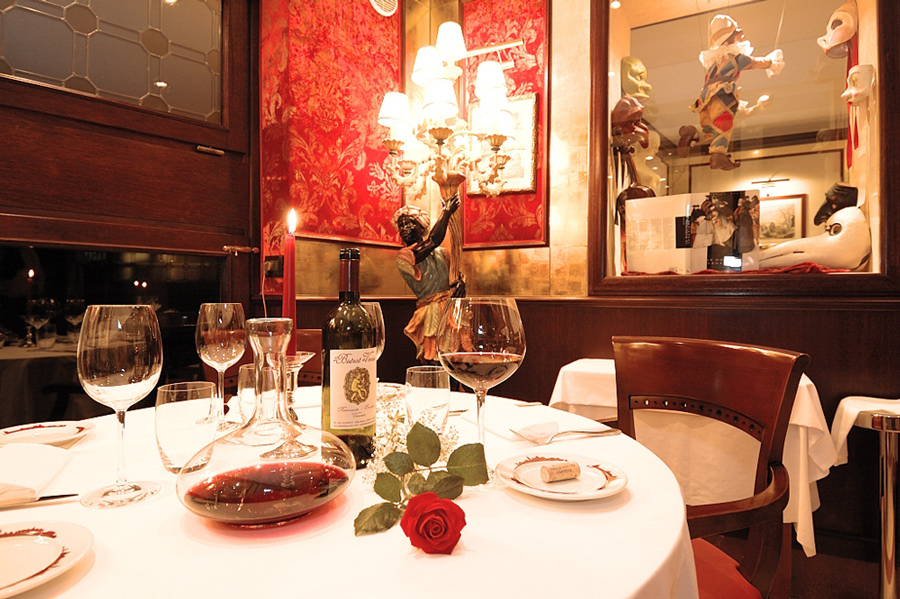 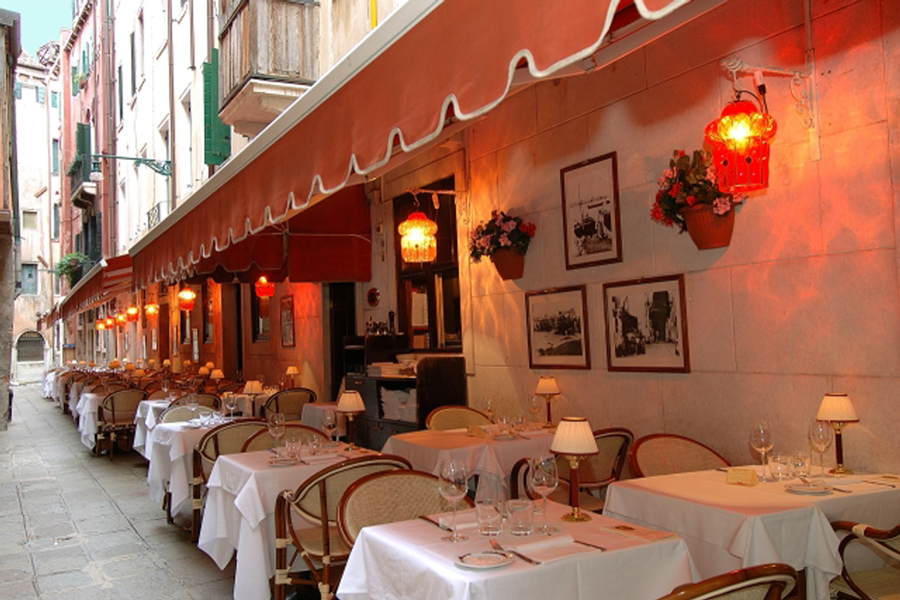 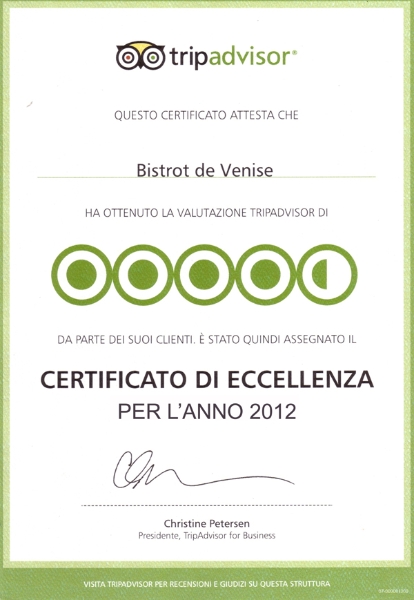 The “Bistrot de Venise“  takes you through an intriguing and fascinating journey through the history of Venetian cuisine and fine wine. Open since 1993, this charming place is the epitome of a uber chic and trendy restaurant, but the touches of class are equally present, making this one of those rarities where classical and contemporary come together in a most beautiful harmony. Since the time it has thrown its doors to the public, the Bistrot the Venise has attracted various writers, poets and other well known personalities who have lent it the air of being a cultural epicentre. There’s also a sense of soothing calm; the décor is understated and elegant and the dimly lit rooms, stained glass paintings, dark wood, and cream walls with old framed photographs and posters help to create a convivial and welcoming atmosphere. The al fresco arrangement is true to its name, providing a beautiful setting in the gently unfolding dusk, perfect for a romantic and intimate dinner. A look at the menu will surprise those who are expecting typical Italian fare, because their basic premise is to introduce the tastes of historical Venetian cuisine, going back by quite a few centuries, to the 14th onwards. Naturally, the tastes are unique and pleasing and something you will remember with delight. Consider the old fashioned pasta with saffron, lamb meat and offal sauce followed by the veal liver with onions and polenta and ending with an almond and pistachio pudding with candied lemon as an excellent example of the sampling menu. An à la carte in this section could bring you hors d’oeuvres such as carpaccio of marinated sturgeon on artichoke; duck breast confit with mango chutney and fennel jelly or a duet of salt cod fish with chick peas. For first course, there’s homemade large ravioli filled with game and pumpkin sauce; tagliatelle with lagoon eel and aromatic herbs, or risotto with dried stock fish. As the meal progresses, the main courses may include venison fillet with eggplant flan and sautéed vegetable pie; fish baked with potatoes, tomato, olives and caper fruits or baked veal tongue with spices and stewed savoy cabbage. End with fresh cheese and pine nut fritters with wine and cinnamon sauce; glazed beetroots, mascarpone cream and macaroons or crème brûlée with pumpkin and ginger ice cream. As part of the venture of delving into historical food, the wines at Bistrot de Venise also mirror this fascination with the past and you can spot many a rare wine in their enoteca. Their research has been deep and accurate, helping them uncover unique gems of the wine tradition. Some of the finds include Bianchetta, Rabosi and Oseleta varieties as well as the great classics of the North East and they have over 60 wines by the glass with more than 200 highly select Italian and French labels. Regular wine tasting sessions and other events make this a well loved hub. More information can be found on their Website. 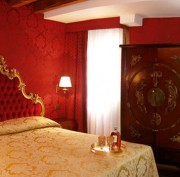 Best price bookable only through our Official Site. Reserve with our exclusive Promo Code: VENEZIANET Hotel Noemi is a...
Distance: 106 m 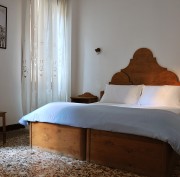 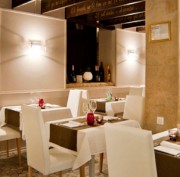 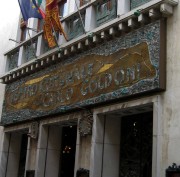 The second theater, in importance and capacity, in Venice, is the Goldoni, a few steps from the Rialto Bridge. The Goldo...
Distance: 123 m 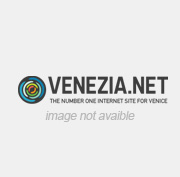 Maybe you will know it as the "spiral staircase of Venice" or maybe you won't know it at all. This is the Scala Cont...
Distance: 166 m